Rags to Riches to Rags

In researching nineteenth century watchmakers  I often find I'm looking at a family business characterised by a diligent, hard-working founder who built up reputation, turnover and capital value, and by sons/grandsons who seem to have taken things for granted and presided over commercial demise, sometimes to the point of bankruptcy.  One such 'story' concerns David Keys (born 1816), and his son, William (born 1856). My account of David's initial success and of William's failure is published in the April 2019 issue of Clocks Magazine.

Today, discussion of business models is no longer something that takes place only in a high-powered management consultancy or financial institution.  With the recent attainment of the potential facilitation/cost effectiveness of marketing through digital channels, the working principles of all sorts of commercial enterprises, and the need for these principles to change, has become a frequently examined subject in media coverage of current affairs.  Notably, most people - whatever their own occupation/profession - are familiar with the travails of the retail sector, witnessing in our own high streets and malls the disappearance of stores whose names had been familiar (and loved/respected) throughout our lifetimes.

In the current volatile milieu it isn't just old, traditional businesses that have had to reconsider their business model - Apple, for instance, underpinned by vast revenues over recent decades and said to be the global number one brand, has just announced its strategic shift from relying on producing physical goods to an enterprise generating subscription income from a television platform which will integrate with other service provisions and transactional activities.

The commercial environment in the later years of the nineteenth century was similarly volatile. Industrialisation, transfer of the populace from rural to urban locations and improved communication/transportation resources were major factors in a time of great change.  The concept of readily available 'consumer goods' required that shops/stores should become proactive marketers and to survive they needed to find competitive edge.  That William Keys recognised this in the 1880s is to his credit, but that his resulting actions were so ineffective is sad - everything that David had built-up over forty years was dissipated by William within ten. 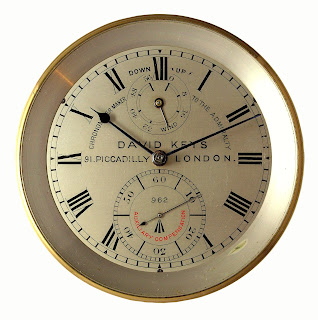