The June 2016 issue of Antiquarian Horology includes my article on Ralph Gout.  My study of Gout’s life and work was initially inspired by the acquisition of verge #21915.  I then became interested in Gout as an example of ‘brand marketing’, something that sounds very 21st century, but which was being exploited by English watchmakers two hundred years ago – the original working title for the article was ‘Ralph Gout – Man or Brand?’


Existing horological reference sources were muddled on Gout.  My Third Edition Baillie refers only to Ralph, with the dates 1770-1836.  Loomes (First Edition) added David Ralph 1832-57 and Ralph (?II) 1863.  Britten’s included Ralph 1858-67.  Most of the watches I was able to trace – usually signed Ralph Gout, London – appeared to stem from dates after Ralph’s death in 1828.
Ralph was an innovator.  He didn’t just make easily saleable watches for the English market.  He experimented with dual-functionality, took out relevant patents and created beautifully cased timepieces for the Ottoman market.  In so doing he found himself made bankrupt, but he also established a fine reputation for quality in Turkey.  As a result, his name on watches, made after his own lifetime by his son and an associate, guaranteed their marketability in Constantinople and Smyrna.  Thus, a brand was established that was so powerful that even a name of the stature of Frodsham was found to be ‘borrowing’ it illicitly! 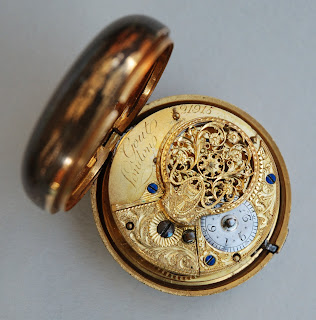 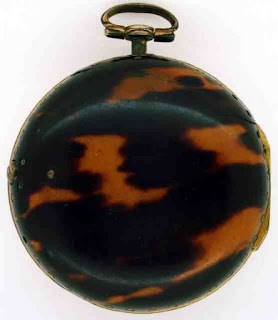 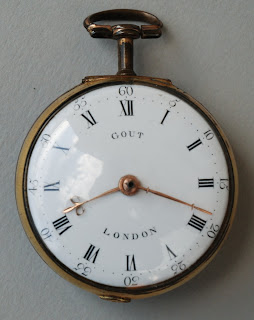