My nearest big town is Canterbury.  The medieval appearance of the area around the Cathedral Gate is relatively intact, despite a campaign of spiteful, (being of no strategic importance), bombing by the Luftwaffe in 1942, (the Baedeker raids).  It makes for an attractive shopping area with a pleasing atmosphere, much like parts of the centre of York.  Among the narrow cobbled roads here is Sun Street which connects with Burgate and Palace Street. 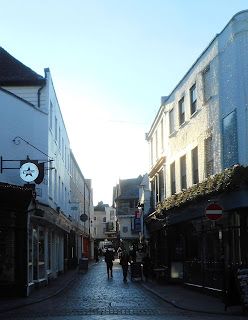 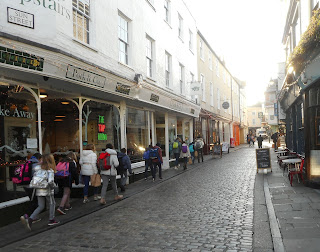 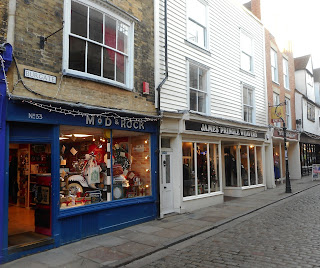 George Philcox began his career in Palace Street as a Clock and Watch maker in 1820, advertising himself: 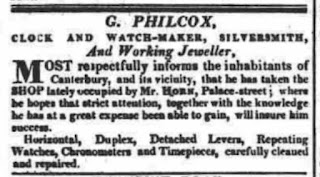 But just two years later, having moved in the meantime to Sun Street, George was needing to liquidate his stock-in-trade: 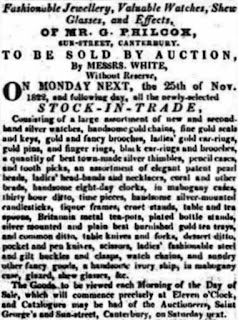 George was to demonstrate resilience throughout his life and at this early stage it took him only a further twelve months to re-establish himself: 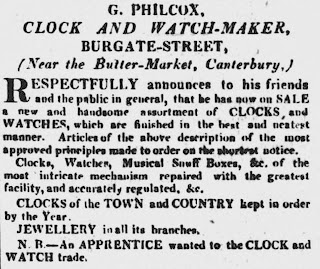 Philcox, and his son of the same name, were active in the watchmaking trade from around 1820 through to the 1880s.  Their story is a fascinating one, featuring several scrapes with the Law and financial 'challenges.'  My article on them is published in the December 2018 issue of Clocks Magazine.

Newspaper illustrations © The British Library Board
Posted by davy26 at 07:54