A very elegant complicated pocket watch by William Rogers of Liverpool is currently on sale in London. 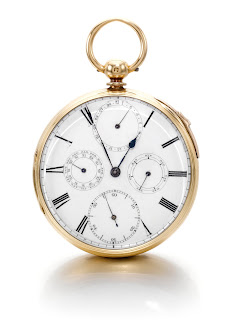 
It is an 18ct yellow gold open-faced quarter repeater with calendar.  The three quarter gilt plate lever movement is numbered 3807.  It features a diamond endstone. There are subsidiary dials for: seconds; day; date; month. The hallmarks are for Chester, 1862.  The case maker's mark is GR, (probably George Roberts of Liverpool).  Diameter is 55 mm.


It has a very unusual feature in its repeater mechanism – the speed with which the gongs are struck is adjustable by the user by means of a lever on the top plate.


The watch is of an ambitious specification given that Rogers would have been just eighteen or nineteen at the time of its manufacture.


William Rogers was born in 1842 and died in 1898.  Born in Liverpool, he grew up in Manchester, returning to Merseyside as an adult.  He was married to Ellen for over thirty years.  They had seven children – of these two were daughters and both died in childhood.  None of the sons seems to have followed William into the watchmaking trade.


The family lived in the West Derby/Kensington area of Liverpool - in 1871 they were in Emlyn Street and by 1881 had moved to Boaler Street, (see photograph below): 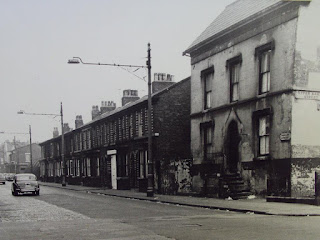 (For an excellent selection of photographs of old Liverpool, please see: http://www.liverpoolpicturebook.com - source of all location photographs in this post). 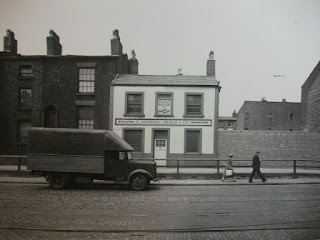 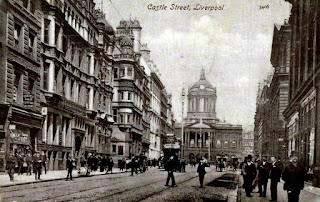 The other two Rogers watches I have found are:


If you have details or a photograph of a William Rogers watch do please post a comment.
Posted by davy26 at 12:15